Robert D. Biggs (MR. BOBBY) career started out in Milton High School under Nannette  Grimm.  He studied for four years in ballet, modern, and jazz with her and also with the Kaleidoscope and Ballet Pensacola, in the company.  There Bobby continued to study modern with Nannette and continued his ballet with Dorothy Daniels Lister.  In the summer of 1999, Bobby attended The Joffery Ballet School summer intensive in New York City on full scholarship.
After high school Bobby joined the United States Marine Corps.  He served honorably for four years.  During this time he completed two tours of duty to Iraq, as part of OIF (Operation Iraqi Freedom).   Since out of the Marine Corps he has attended The Joffery Ballet School summer intensive, yet again.  This time in the summer of 2005
Mr. Biggs went on to be a part of North West Florida Ballet, based out of Fort Walton under Todd Eric Allen the artistic director. He has performed annually in the Nutcracker with the Mobile Ballet and has been an instrumental Instructor at Dance Academy of Santa Rosa, LaBelle Performing Arts and Eastern Shores Ballet. 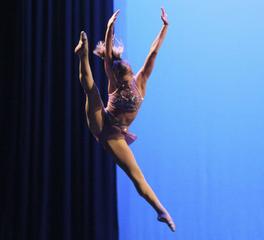 KATIE POINDEXTER began dancing at the age of 2 in her hometown of West Point, MS.  She began her training at The Dancer’s Studio.  She later moved to Susan’s Dance Studio in New Hope, MS.  She moved to Florida with her family in 2002, where she began training at the Ballet Conservatory under the tutelage of Noreen Poppell. While living in Florida she traveled to Orlando to dance with the Universal Dance Association at Disney World as well as attending many dance conventions and workshops, such as The Pulse and Tremaine.  She moved back to Mississippi in 2006 and began her competitive career with the Wherehouse Dance Company (formerly Warehouse Dance Company).
She started her teaching career at the age of 17 by assisting recreational classes.  She began working at the Edge Dance Center (formerly The English School of Dance) while also working at Wherehouse Dance Company in 2011 where she was an assistant coach for their competition team.  She also coached the Starkville Academy Lady Vols for two years.
In 2013, Katie became a large part of a non profit studio that was established to help with Tornado victims near her hometown in Mississippi.  Then in 2014, Katie moved back to Florida to be close to her family.  She now teaches at the Dance Academy of Santa Rosa in Milton, Fl and Ballet Conservatory in Bluewater Bay, Fl. 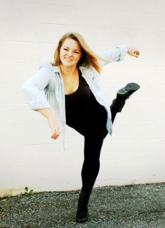 MARISSA BOHNER has been dancing for 17 years and has trained in styles including ballet, pointe, jazz, tap, lyrical, and hiphop. She was a member with the Aspire Dance Company for seven years. Within company, she has participated in various dance competitions and conventions such as Hollywood Vibe, Showstoppers, NYLA, Tremaine, The Pulse, Nuvo, Co. Dance, and Jump, where she received a scholarship in ballet.
Aspire Dance Company also  allowed Marissa to perform in many shows throughout the community such as in the Gulf Coast Arts Festival, Ghostwalk of downtown Milton, and various shows at the Imogene Theatre in downtown Milton.
In addition to dancing experience, Marissa has also trained in acting. Marissa has had professional acting roles in various events in downtown Pensacola and also as a web series extra. As becoming a dance instructor, Marissa has continued her teacher training and has traveled to both New York City and Orlando to attend Dance teachers conferences and also continued training in those cities as well under world class teachers and choreographers.
She is currently a teacher at L.E.A.D. Academy.  Dance has always been a part of her life.  She's grown up in the studio and was always dancing constantly. "Dance has given me many things such as discipline, passion, and the greatest of friendships. I believe that God has given me the gift of dance and I hope to always keep it a part of my life"  -Miss Marissa 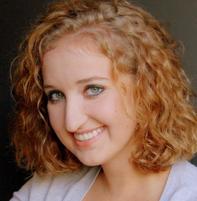 NANCY Haller received her early training at the Elvie DeMarko School in Pensacola. She continued to train at the University of Oklahoma as a dance major and later in New York, Atlanta and Memphis. She continues to study with nationally recognized choreographers locally and in New York.
Ms. Haller has been active in community theater  as an actress and choreographer. Most recently, she choreographed Anything Goes at Pensacola High School. She has been teaching dance in Pensacola for 18 years to children of all ages as well as adults.

MALLORIE COLE was born and raised in Pensacola and began dancing at the young age of 3 where she trained in Ballet, Tap, Jazz, Lyrical, Contemporary, Modern, Theatre, and Ballroom. She went on to compete, perform, and train with her studio’s company for 6 years at competitions and conventions such as NYCDA, Hollywood Vibe, Jump, and NUVO. She has won several high score and national awards as a solo dancer throughout her competitive and performance career.
As she continued her studies Mallorie found a greater love for Tap and began to focus more on learning a variety of tap techniques and styles influenced by Tap Dancers and Hoofers such as Fred Astaire, Gregory Hines, Gene Kelly, and Savion Glover. She considers herself a Hoofer with a Broadway foundation.
In 2012 Mallorie moved to New York to pursue her career in dance. She trained in programs at Broadway Dance Center and Ral’eau Salsa Dance Company where she was able to receive instruction from Germaine Salzburg, Ray Hesselink, April Cook, Michelle Dorrance, Chloe Arnold, Anthony LoCascio, and other talented dancers and instructors. She lived in New York for two years and decided to make the transition back to her hometown to share her passion for Tap Dancing with young dancers.

TANYA BIGGS began dancing at age five. She has trained in ballet, jazz, lyrical, tap and hip hop. During this time, she attended various conventions including: Company Dance, Pulse, Showstoppers, Tremaine, Universal Dance Association and many more. She performed and competed with Aspire Dance Company and danced with and choreographed for her high school dance team. In addition, Tanya has attended dance workshops at Florida State University and in New York City.
Tanya has loved teaching at DASR for many years. She has also choreographed competition pieces for Aspire and Pace High School dance team. She continues training within the studio as well as traveling to and participating in dance conventions.
Tanya attended University of South Alabama where she earned a Bachelors of Science in Nursing and also took multiple classes for early childhood education at Pensacola State College. She works as a pediatric nurse at The Children's Hospital at Sacred Heart in Pensacola.
"Dance has been an important and fun part of my life! Dance has given me a second family, friendships, discipline and has taught me a lot about teamwork and responsibility. I am so grateful that I get to share something that I love so much."

OLIVIA LeBLANC has been dancing for over 20 years and sharing her passion with students for the past 7 years. Olivia grew up in Baton Rouge, Louisiana where she studied and danced under the direction of Jennifer Cothren at Baton Rouge Dance Connection, where she was given the opportunity to study under multiple dance professionals including but not limited to Maurice Brandon Curry, Michael Wardlaw, and Stacy Valentino-Procida. Olivia competed as a dancer earning multiple high scores and titles including Teen Miss Dance of Dixie, giving her the opportunity to compete and perform at the Dance Masters Of America Nationals in Washington DC. Olivia eventually moved to San Antonio, Texas to pursue higher education in dance. She studied under Jayne King at Northwest Vista College in the dance program and performed in multiple college level dance concerts. Also while in Texas, Olivia directed and choreographed for the competition team at Diamond Dance Academy earning numerous choreography and judges awards at regional dance competitions.
Olivia has been teaching and choreographing for the past 7 years working with dancers ages 3-18 in all styles of dance. She strives to be passionate, enthusiastic, and dedicated to each and every student as she leads them through both technical training and joyful interpretation of each movement. She hopes to bring the joy she has for dance to her students!
Olivia will be attending University of West Florida in Pensacola, Florida, where she will be studying exercise science. She hopes to use her experience from this degree to help dancers understand their anatomical structure and how this may influence their dancing and promote safe dancing habits. She plans to spend her career in the dance world and is thankful for the opportunity to teach at Dance Academy of Santa Rosa! 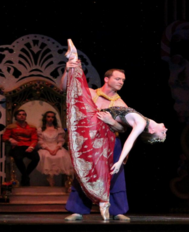 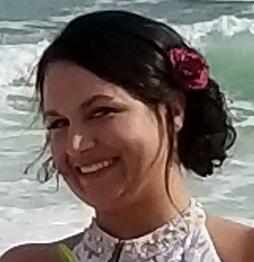 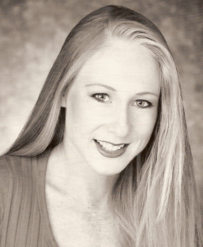 Originally from Deerfield Beach, Florida, Miss Laurie began her dance education at Dance Academy of Deerfield Beach under the direction of Janet Mathie. It was there that Laurie found a love for dance and began to dream of one day opening her own dance studio. Upon graduating high school, Laurie auditioned for the Walt Disney World Company and began her professional career as she danced her way through the Magic Kingdom, MGM Studios, Epcot Center and Disney Convention shows.

While continuing her college studies in Orlando, Laurie also began teaching dance classes at the age of 19. She began choreographing for many award winning competition dance teams in the Orlando area.   Her choreography has been seen in competitions, dinner theatres, concerts, a children’s television pilot, a feature film and many local events as well.

Outside of Disney, her continued theme park and stage credits include Will Roger’s Follies, The House of Blues Orlando-concert choreographer/dancer, Capones Dinner and Show-choreographer/dancer/actress and Universal Studios Orlando- “Phoebe” look-a-like (from television sitcom “Friends.” ) and many more.

While in Orlando, Mrs. McCrory  trained regularly on a professional level. Currently, she keeps up with new styles of dance by attending several dance conventions and annually taking classes from top name choreographers/instructors.

“Miss” Laurie is proud of her dancers both former and current and is honored to say that some have gone on to become professional dancers/performers seen around the world and/or in collegiate level dance programs as well.

Laurie is married and has a beautiful daughter that is now 17 years old. She currently resides in Milton, Florida where she now owns and instructs at Dance Academy of Santa Rosa. 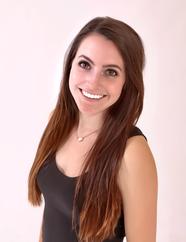